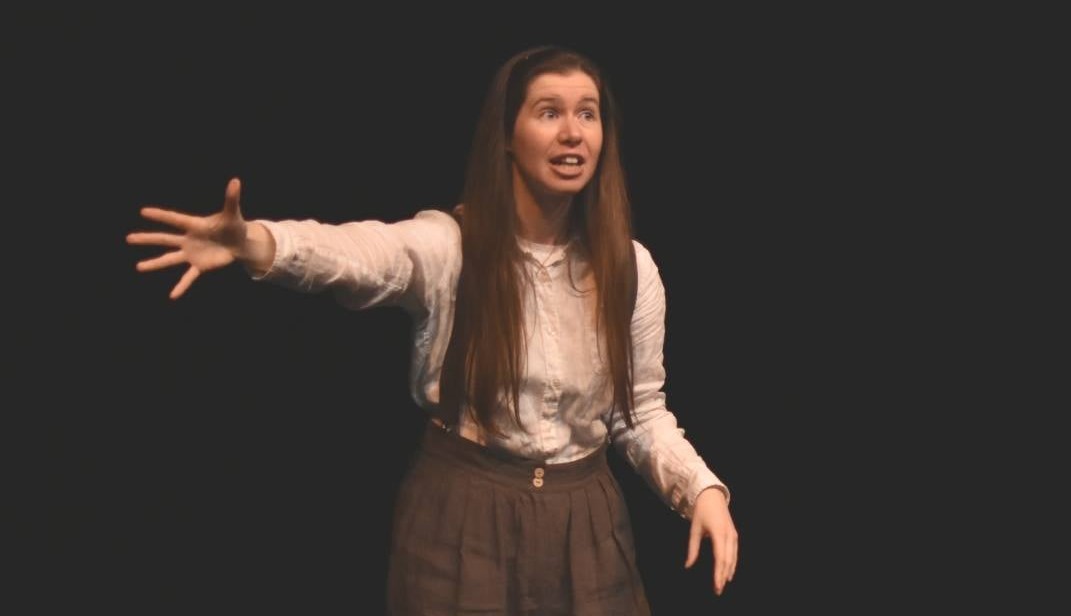 Sinead O’Brien “No one is coming”

Sinead O’Brien – No one is coming
“Growing up in a home surrounded by mental health and addiction issues it’s surprising that I never realized I was different until other people pointed it out. (and they never stop pointing it out)”
This storytelling performance is about love and the stories that shape us. How sometimes we have to dismantle the fairy tales we tell ourselves and retell them honestly. If not to save the ones you love, then at least to save yourself.
Full of anecdotes and myth, funny stories and tough home truths, it’s a rollercoaster experience inside a fun (if slightly traumatized) Irish woman’s brain.
“It’s a love letter to my mother, that I’ll probably never send.” – Sinéad
Sinéad is a wandering Storyteller and Theatre Maker from Ireland. Following countless shows in Fringe Festivals across Europe and after working as a Storyteller in Ireland’s National Leprechaun Museum, Sinéad found herself working as the Resident Storyteller for a 130 year old anti-poverty charity in London’s East End. Sadly, Brexit ripped her away from her attic room overlooking the site of Jack the Ripper’s first murder and her work with the last true Cockneys of London and sent her wandering again across Europe. So far Amsterdam has been very kind to her.
Sinéad usually works in collaboration, sourcing and developing stories and scripts for live performance. She believes that everyone has a story worth telling and she’s passionate about helping people find and share their voices. This is her first time telling her own true story to an audience.
Credits: Storyteller: Sinéad O’Brien Directed by: Sahand Sahebdivani Produced by: the Amsterdam Storytelling Festival
Tickets & info:
https://meneerotis.nl/.../otis-x-thiemeloods-sinead.../
****
De voorstellingen van Otis x Thiemeloods worden mede mogelijk gemaakt door de Provincie Gelderland vanuit ”COVID-19 Ondersteuningsmaatregelen voor ondernemers en organisaties”.
Terug