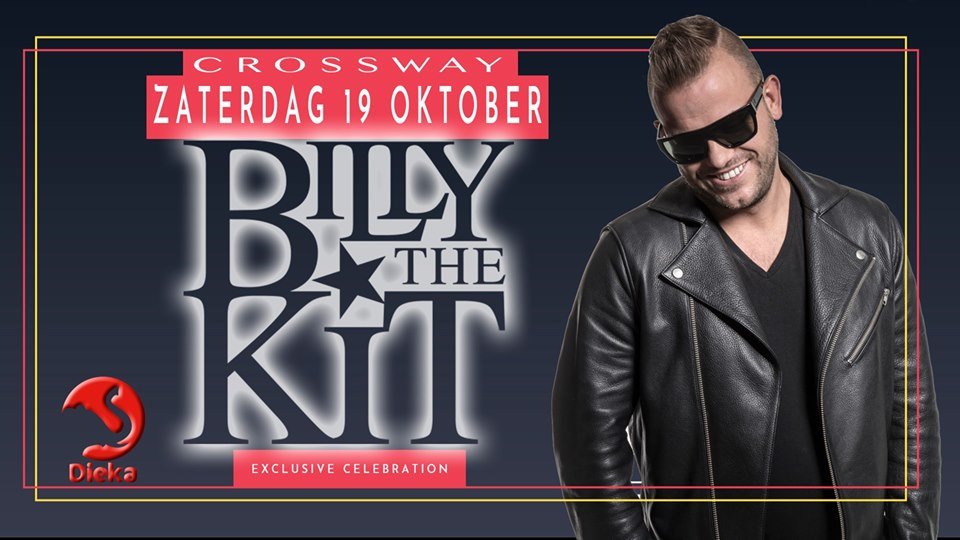 Mixing styes never looked so easy! Billy The Kit’s core sound cannot be described with words, you simply need to hear and see it. Breaking down every festival and club with is eclectic style, unique dj skills and energetic performance. With 150 + performances a year he is one of the current top-artists in the Dutch club scene.

Billy The Kit is everywhere in 2018

Originals , mixtapes, remixes and bootlegs, ‘resident’ at SLAM! where Billy will perform 4 times a year with his live mix challenge. Keep an eye on his website and make sure you see, hear and get it first.

Billy left his mark on the biggest clubs and festivals in the United States, Panama, Mexico, India, Indonesia, Malaysia, China and Guatemala. Solo tours throughout the entire country and 5 ‘MTV European Totally Summer’ tours in Spain, Italy, Greece, Bulgaria, Turkey and Belgium. He has also performed in a huge number of European cities including Istanbul, Prague, Barcelona, Frankfurt, Paris & Lissabon.

His collab with hometown friends Blasterjaxx “Loud and Proud” was released on Tiesto's imprint; Musical Freedom, which immediately hit the charts and was supported by all the icons in the game.

Billy’s releases have resulted in several Beatport Top 50 chart positions and 6 top 10 hits including a #1 position in the Dutch charts.

The recent releases of 3 radio singles on Universal have led to major successes, such as; the anthem of the Dutch MTV awards, countless guest appearances on national TV and radio shows, major support from the main radio stations including a Radio 538’s Dance Smash (most popular dance track in The Netherlands).

A #1 position in iTunes Dance and #5 in the iTunes overall list and top positions on the DMC Buzz chart, Cool Cuts chart and the most important national (mainstream) chart; Top 40.