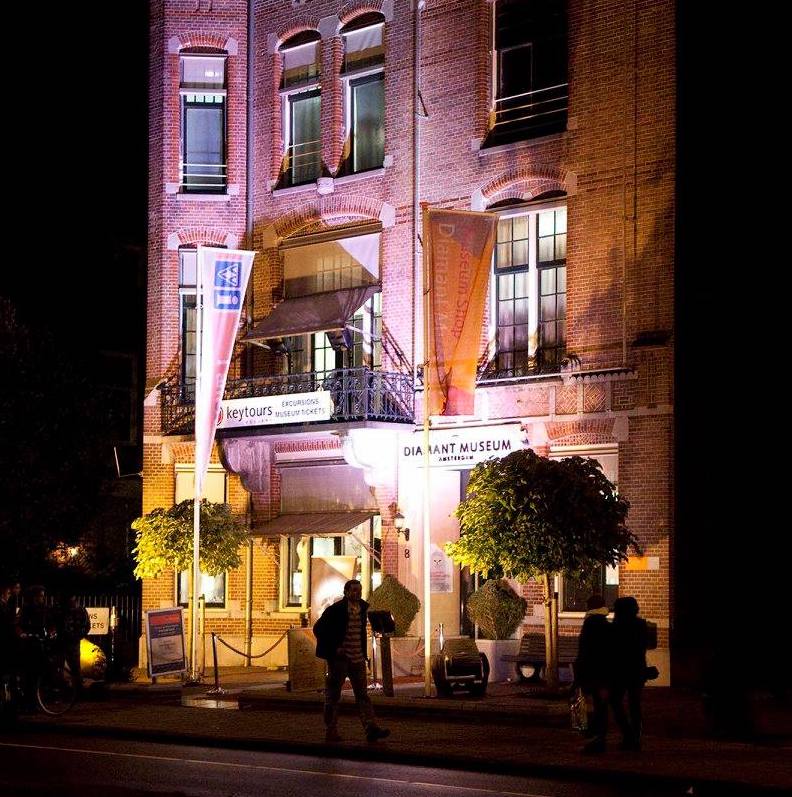 The Diamond Museum Amsterdam was established in 2007 by Mr. Ben Meier in an effort to educate the world about the fascinating and mystical world of diamonds. Mr. Meier was a well known diamond polisher himself. He was known for polishing many priceless diamonds including the diamonds for the watch of Her Majesty the Queen Juliana of the Netherlands. He firmly believed in maintaining the quality of the diamond craft and he was convinced that the best way to keep this craft alive was to educate people about the wonderful world of diamonds. Our current director is one of the most renowed experts in the field of diamonds and is determined to inform the world about the diamond craft and everything it encompasses. Today we have more than 75.000 visitors a year who marvel at our beautiful collection of diamond artefacts and crowns and learn about the magical world of diamonds.