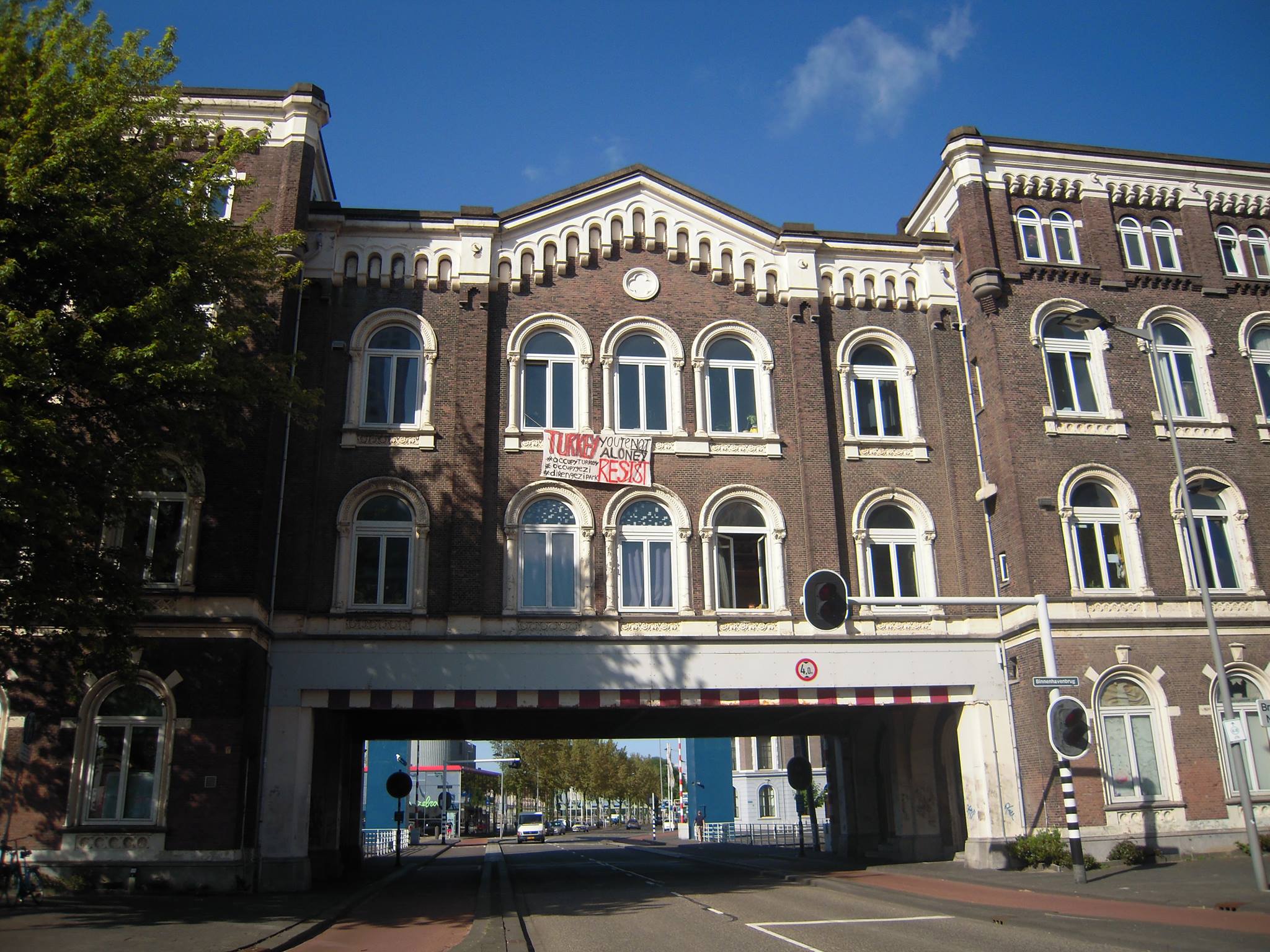 “Het Poortgebouw” is the name of an extraordinary 19th century building, a national monument in Rotterdam’s Kop van Zuid district located on the south bank of the river Maas. Intended to house the head administrative office for Rotterdamsche Handelsvereniging, the building was completed in 1879 when the founder of the RHV, Lodewijk Pincoffs, went bankrupt and fled the country to the United States. In the following 120 years, the building would be adapted to fit the needs of the various users and the everchanging surroundings. This was amongst others the Holland America Lijn, a meteorlogic station, and for the longest time the Rotterdamse Havenbedrijf. After their relocation in 1978, the abandoned house almost become an Eros Centrum, if Rotterdammers had not protested emphatically against this municipal plan. Today, the name is equally connected to the collective of 30 inhabitants organised as members of an association (vereniging) established in 1982. 1984 marked the end of a long and bumpy road towards legalization, from an “action squat” (an organised protest against shortage of living spaces) on October 3, 1980 to the official rennovation of the place to meet the requirements of a (young) living group and the first –affordable– rent contract.